For the second Thursday of November, I am featuring Michigan author, Lisa Wheeler and her book UGLY PIE. I have to say that I fell in love with UGLY PIE when I heard Lisa read part of the book at one of her Picture Book Boot Camps early this year.  Hearing her read it in her own rhythm and rhyme was so cool!


UGLY PIE follows Ol' Bear on his quest for a pie, but not just any pie, Ugly Pie. As he walks to his neighbor's houses, he finds many different pies, but no Ugly Pie. His kind neighbors do offer him an assortment of foods, which when he arrives home, he realizes are all the ingredients he needs for Ugly Pie.  He gets busy in the kitchen and soon his friends all flock to him for some of his scrumtious Ugly Pie.

Now I will turn things over to Lisa Wheeler, author of Ugly Pie and many, many other children's books.  Check out her website for more information.

1. What was your inspiration for UGLY PIE?
It was around Thanksgiving time and I was baking pies. I was on the phone with my good friend and children’s author, Hope Vestergaard. She asked what I was doing and I said, “Baking pie.” She asked “What kind of pie?” and since my baking/cooking skills are not all that great, I looked at the mess of a pie on the counter and said something like, “It’s an ugly pie.” Hope thought that Ugly Pie would make a great title for a book and asked if I would like to use it. I agreed and even though I knew it was a terrific title, I felt a little guilty because I had no story idea. I knew that Hope could probably whip up something wonderful with that title. So my subconscious came to the rescue and I woke one morning soon after with the voice of Ol’ Bear in my head and he told me he was just itchin’ for some ugly pie.

If that hadn’t happened, I would’ve offered up the title to Hope. I am grateful she planted that seed in my head.

2. You write in both prose and rhyme. How do you decide which way to go when writing a picture book?
I actually let the story decide. Most of my books begin with either a voice, wordplay, or character. If it begins with wordplay, it’s usually in rhyme (like One Dark Night, Bubble Gum, Bubble Gum and Where, Oh, Where is Santa Claus?) But stories that begin with character or voice usually guide me themselves.

3. Do you have any future projects you could share about?
Yes—thanks for asking! In Fall of 2012, the newest installment in the Carolrhoda dino-sports series will be released. It’s Dino-Football and this time the teams will be playing the big game at the Lava Dome. Barry Gott has done it again as he illustrates dinosaurs of all sizes playing together on the same field. He amazes me with his talent.

Then, in 2013, I have another book of funny poems coming out with Atheneum. This one is tentatively called Pet Project and will have a sub-title like my previous collection Spinster Goose: Twisted Rhymes for Naught Children. The illustrator is Zach OHora.

5. Do you have any helpful insights for aspiring picture book writers?
My first advice is always to read picture books. Read what is new and now. Spend lots of time doing it. Then, start writing. Allow yourself to fail. I had over 200 rejections before I sold my first picture book manuscript. (I still get lots of rejection.) But if you are not reading, writing, and submitting, then you will never know where your dream will take you.

Just remember, in this business, the only thing you have any control over is that manuscript while it is in your hot little hands. Don’t send it out prematurely. Learn your craft. Read. Write.

Thanks so much for sharing with us, Lisa!  And remember to check out Lisa's website.  I love so many of Lisa's books, but I will also give a shout out to the Dino-sports books, for my younger son. He was so excited when I told him about Dino-Football!

Stop by next Thursday for a review of I HAD A FAVORITE DRESS by Michigander Boni Ashburn.
Posted by Jennifer Rumberger at 5:00 AM
Email ThisBlogThis!Share to TwitterShare to FacebookShare to Pinterest
Labels: Interview, Michigan Author, Picture Books
Newer Post Older Post Home 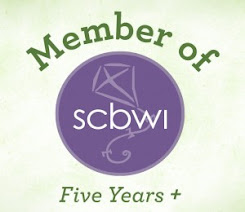